Ventricular tachycardia (VT) is an arrhythmia caused by abnormal electrical signals in the lower chambers of the heart, resulting in a rapid heartbeat. The arrhythmia, which does not always have symptoms, may last for seconds or much longer. The condition most commonly affects people who have heart disorders, such as coronary artery disease and cardiomyopathy.

While automatic implantable defibrillators are effectively used to treat this arrhythmia, they do not prevent implantable cardioverter defibrillator (ICD) shocks. Catheter ablation has emerged as the only therapeutic strategy to treat ventricular tachycardia and ventricular fibrillation. We perform endocardial and epicardial radiofrequency ablation for ventricular arrhythmias using several different techniques and approaches, which include: 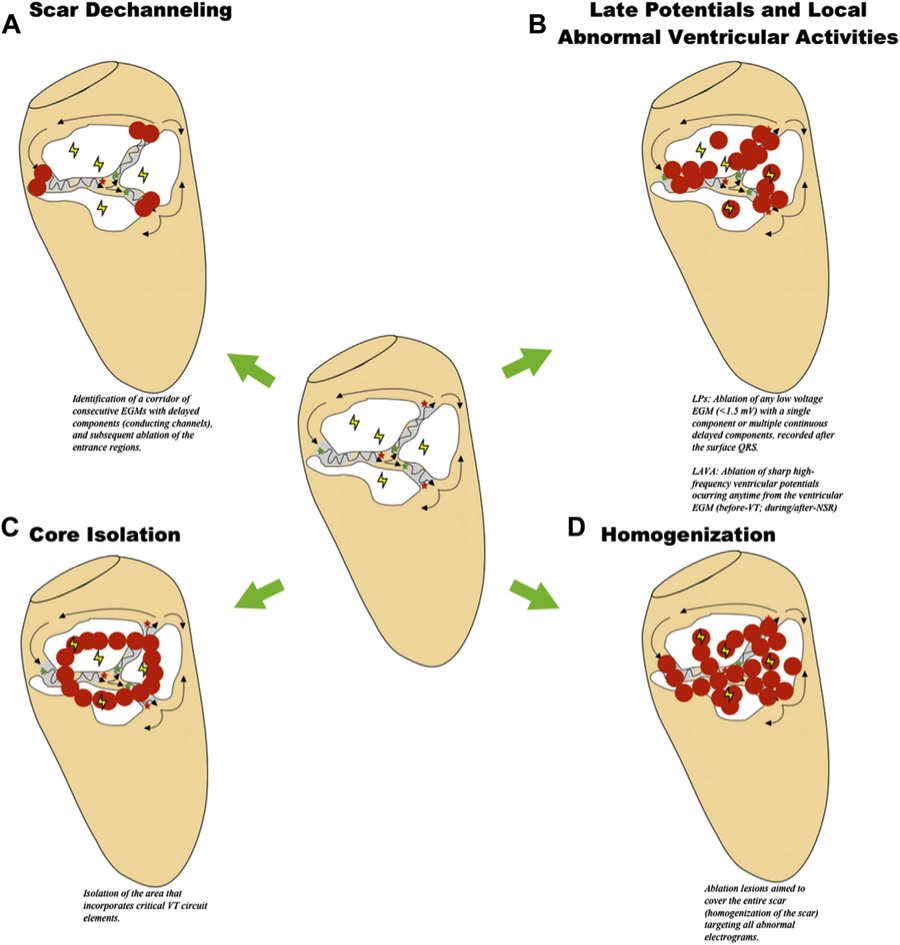 Areas between channels often have electrical activity that give rise to VT substrates (thunderbolts). Elimination of scar-related potentials is a relevant ablation goal and is the basis of different substrate-based ablation strategies.


Scar Dechanneling
Identification of a corridor of consecutive electromyograms (EGM) with delayed components (conducting channels) and subsequent ablation of the entrance regions.
(See above: A) 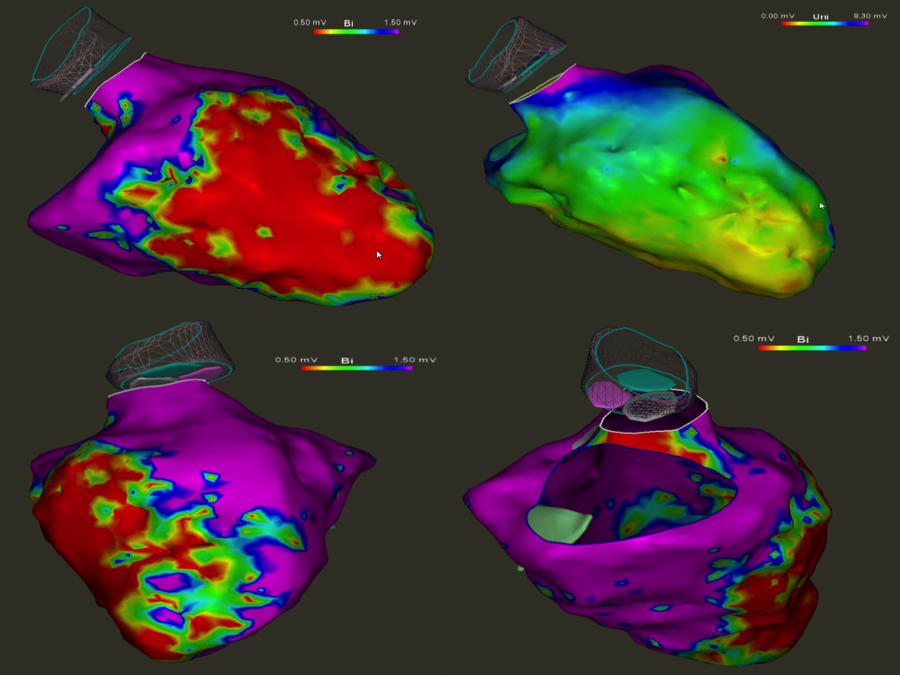 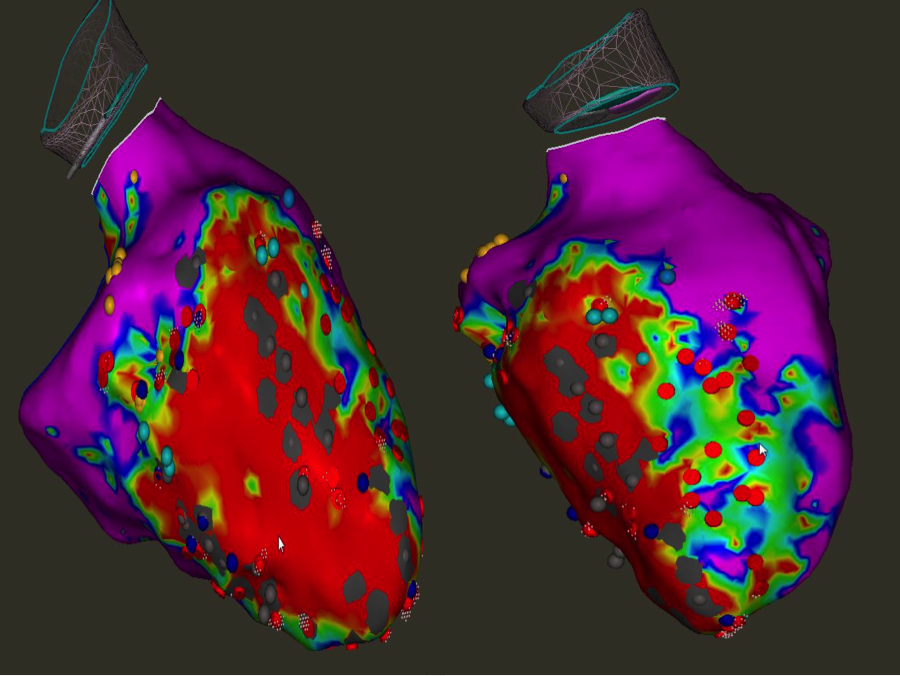